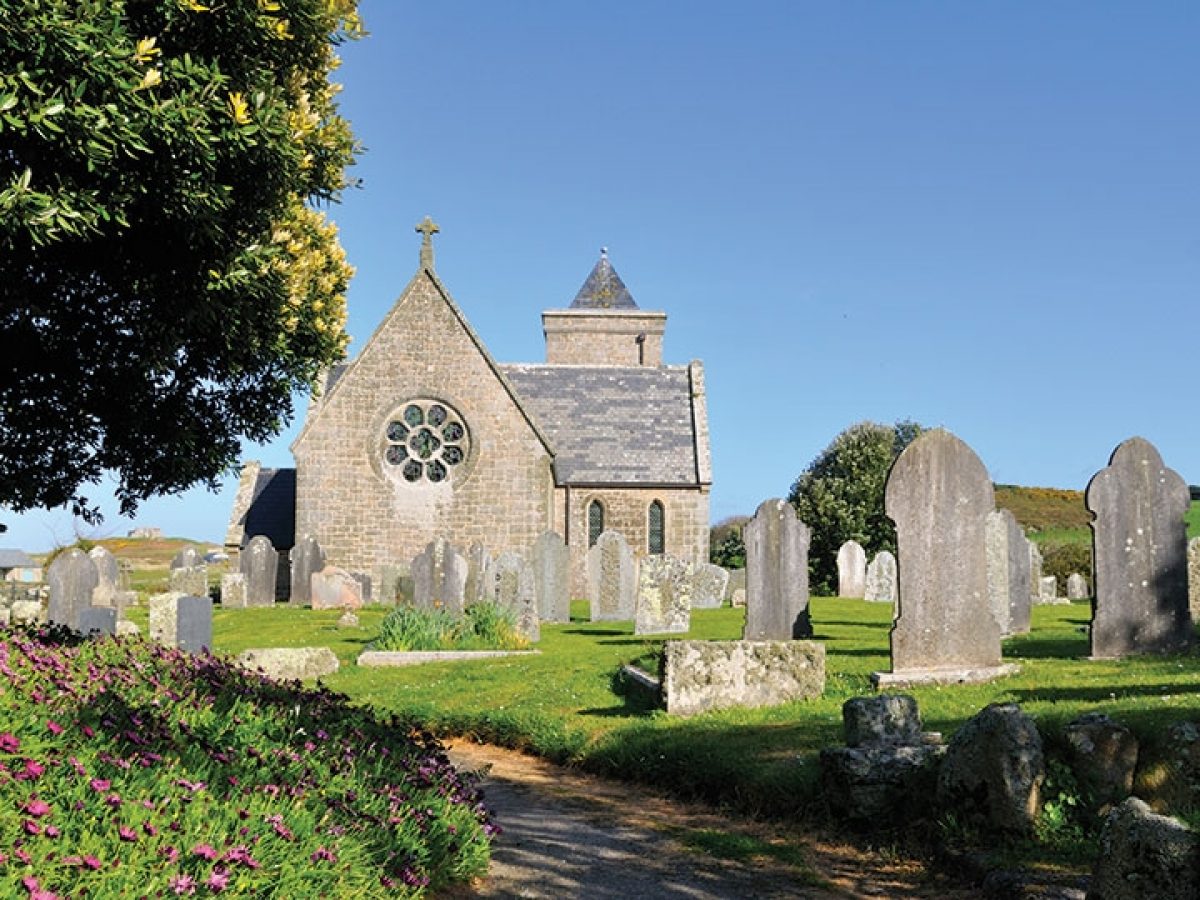 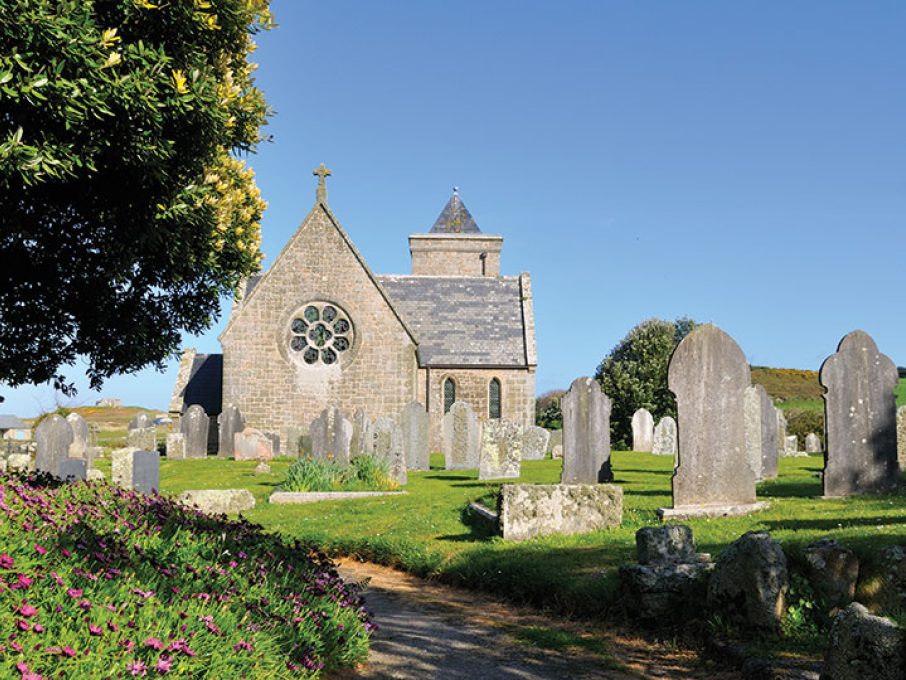 Built between 1878-1879, St Nicholas’ Church is dedicated to the patron saint of sailors, travellers, children, merchants and those in distress. The church was built by Thomas Algernon Dorrien Smith, with the majority of the costs paid for by Lady Sophia Tower. Responsible for the construction itself were masons Richard and Thomas Chudleigh and William Nicholls, the carpenter.

The church is based upon a cruciform plan and comprises a chancel, nave and transepts. The porch is north and the tower is to the southeast. The open arch-braced roof is supported on stone corbels; it is said that it was designed by the carpenter who based it on an upturned boat. The three east lancet windows and the west rose windows are by C. E. Kempe, the north transept by W. E. Tower. These were renovated in 2006 by Oriel Hicks. The work was completed in 1818 and opened by the first Bishop of Truro, Dr Edward Benson, and later consecrated by the succeeding Bishop, Dr Wilkinson.

Tragically, Major Arthur Algernon Dorrien-Smith lost three sons and two nephews in World War Two; they are commemorated by a memorial plaque on the north wall which was designed by Claud Phillimore.

St Nicholas’ Church is part of The Parish of the Isles of Scilly and lies within the responsibility of the Chaplain of the Isles, who lives on St Mary’s. There has been no resident clergy on Tresco since 1982. During summer months, visiting Anglican clergy lead worship on Sunday mornings as part of the Clergy Holiday Scheme.

Details of services can be found at the church or on their Facebook page.

For many years, the Parish of the Isles of Scilly has been able to provide liturgical cover for the churches of St. Nicholas, Tresco and All Saints, Bryher during the summer months through our Clergy Holiday Scheme.

We welcome serving and active retired clergy to enjoy a holiday for up to six people in the Parsonage on Tresco at competitive rates. In addition to the rental charge, we ask our holiday clergy to preside and preach at the Sunday Eucharist on Bryher and Tresco.

This is not a locum in the usual sense, in that continuing pastoral visiting, the occasional offices and any emergencies continue to be covered from St. Mary’s; the only duty is to lead the two Sunday morning services.

All visitors are very welcome to attend our services, which take place weekly during the season. For service times and information please see the Church noticeboard or enquire at the Island Office.