Richard Mellor has a pretty enviable life, jetting off around the world as a freelance travel journalist for publications including The Guardian, The Times, Metro and Lonely Planet. One place had, until recently, eluded him: Tresco. Here he shares his first and enduring impressions of the island…

As our eight-person light aircraft whirrs over the Atlantic, me and my fellow neck-craning passengers are competing in an unspoken (but definite) game of ‘Spot the Scilly’.

“First time visiting Scilly?” asks Dave the skipper, after I’ve hopped aboard a tiny boat bound for Tresco. “You’ll be gutted to leave,” he promises when I nod.

It’s already obvious why. For here, as Dave plots a careful course around undersea rocks with murderous intent, is that fabled Isles of Scilly seascape: see-through water the colour of emeralds, yellow-tinged coral, kelpy reaches and long strands of sugar-white sand. A blazing sun also helps. “Cor,” I whisper, a bit light-headed.

So far I’ve resolutely resisted any clichéd “this could be the Caribbean”-type outbursts. But the arrival at Tresco’s jetty of islander Tom in a golf buggy clinches it. This really could be the Caribbean. But in fact it’s Grimsby – or rather New Grimsby, Tresco’s unofficial village ‘capital’. Tom, my bag and I traverse the car-free isle’s spine, a shallow hill, and chug past a churchyard into Old Grimsby, and my luxurious apartment. And so begin two terrific days.

What I ultimately love most about Tresco is the ease of escape. Yes, the twin Grimsbys get faintly chokka, with a little bike and buggy traffic along leafy lanes and regular pier-side bustle. Nor, understandably, are the nearby Tresco Abbey’s glorious subtropical gardens deserted – though their size makes finding seclusion simple, and I have a nut-stashing red squirrel all to myself.

Yet walk north across gorgeous moorland to what’s left of King Charles’s Castle, or pedal south along the dune-ridden coast path, and you barely see a soul. Bar a passing buzzard, I have Pentle Bay – one of Britain’s great beaches – completely to myself on a balmy Friday afternoon in May. Bonkers.

Also brilliant is the low-key way that we tourists are treated. There’s never a sense of being an outsider, and no sinister stares or sudden silence as I enter The New Inn. But neither is the friendliness excessive. I’m simply permitted to fit in, to be.

At the Ruin Beach Café, gazing out to sea and vaguely hoping to spot a dolphin, my wonderful languor is tempered only by the pestering memory of some ghastly place called London, where I’m due to be tomorrow. But then my Tresco Beef ragu and pappardelle arrives, and I forget all about it.

Richard Mellor is a freelance travel writer for publications including The Guardian, The Times, Metro and Lonely Planet. 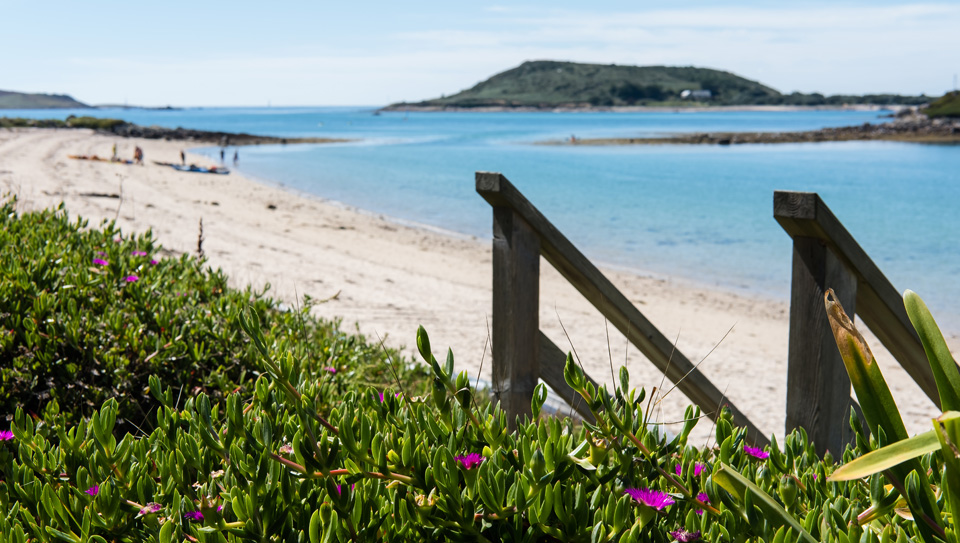