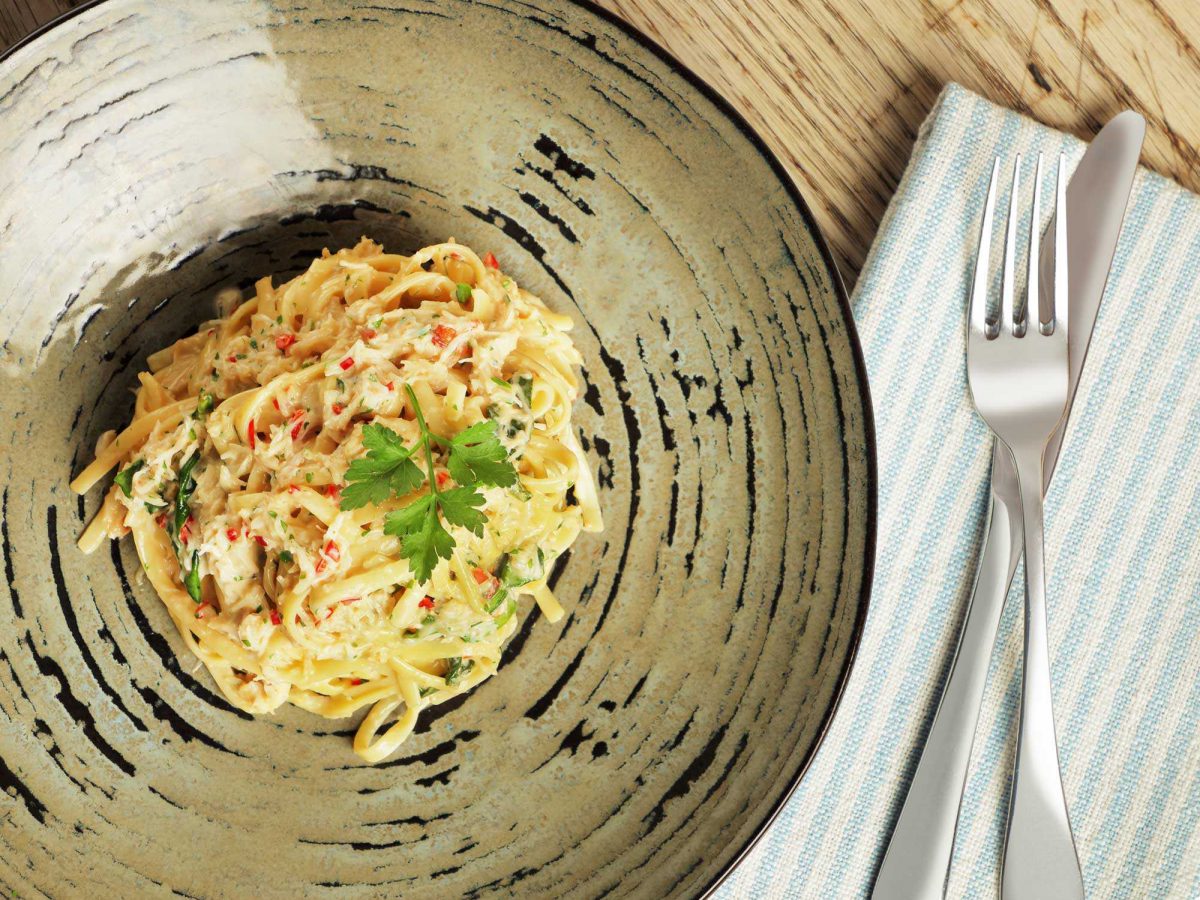 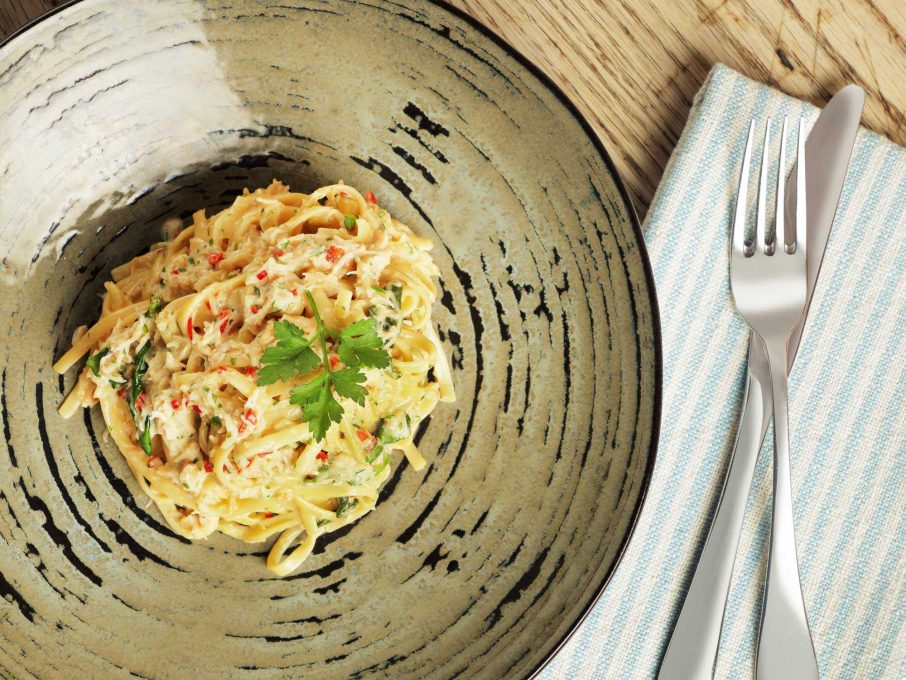 For a real taste of Tresco, Chef James Jones lifts the lid on a Ruin favourite you can try at home

It's the one dish we can never remove from the menu - and nor would we wish to! The Ruin's famous Creamy Crab Linguine with chilli and lemongrass is a fresh, simple and luxuriously delicious dish that's made for long and lazy evenings.

Only use fresh, British crab meat; it's best to buy from a fishmonger as not only are you supporting a local business and fishermen; you'll also get the best crab available (it's really at it's best from April to November).

1. Make a fish stock using fish bones, fennel, onion, celery, star anise and half the bunch of parsley, saving the other half for later

2. Cover ingredients with water, simmer for an hour, strain, bring to the boil and simmer again until reduced by half

3. Add double cream and lemongrass to the fish stock - simmer further until the consistency is thick and creamy and the volume has reduced by approximately half again

4. Meanwhile, cook the linguine in a separate pan

5. Remove the lemongrass from the fish stock, add the white crab meat, spinach, parsley and chilli

6. Mix together and season

7. Add the cooked linguine to the sauce mixture, fold well and serve 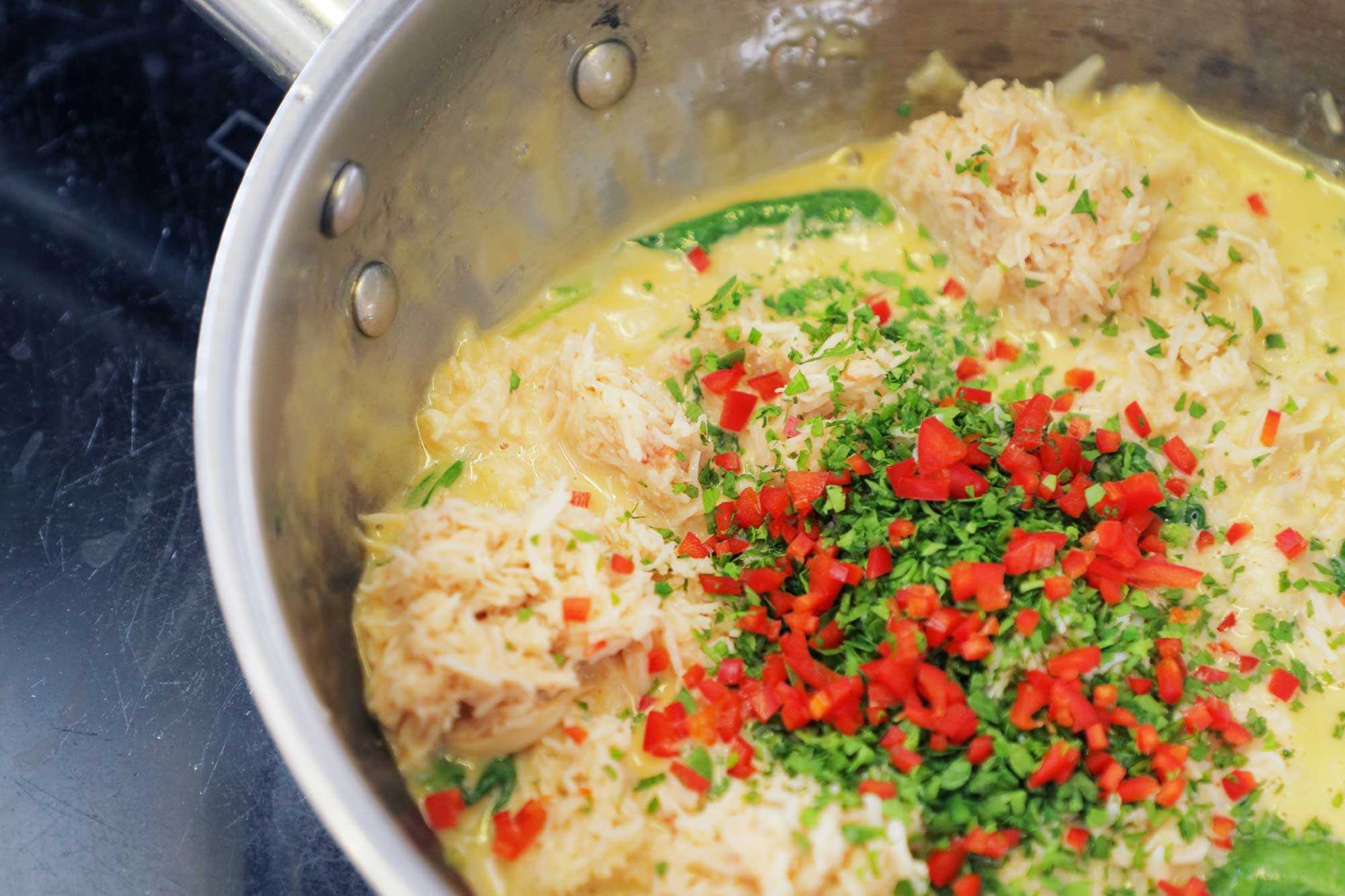 Our traditional island inn, rustling up pub favourites with a delicious Tresco twist in a warm and welcoming atmosphere

From everyday essentials to the gourmet, our island Stores has all you need, whether you’re here for the day, or a longer stay